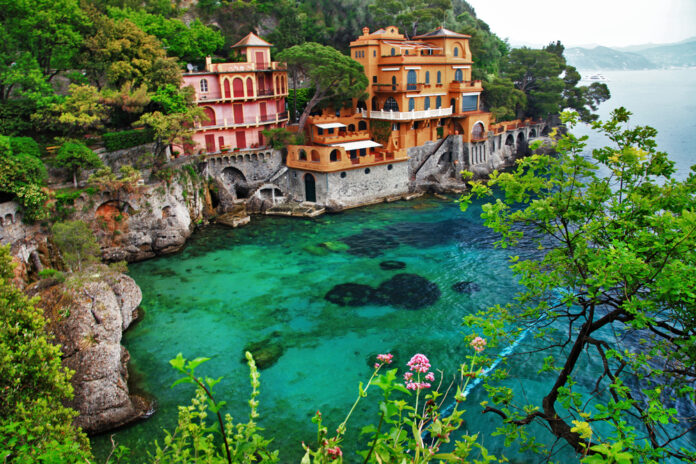 The Enchanted April book is a 1922 fictional novel by Elizabeth Von Arnim. It takes place in 1920 between England and Italy. The main characters are four different English women who organise a holiday in Italy because they want to have a break from their dull life. Elizabeth was a British novelist who was born in Sidney, Australia. This book is the tenth novel in my second list of books. 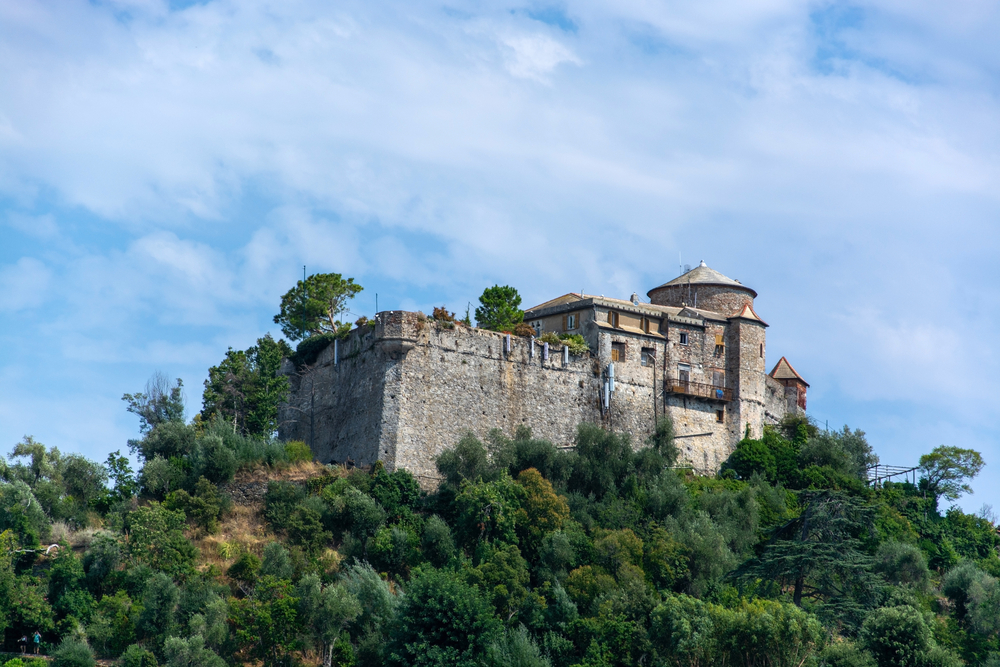 In the Enchanted April book, the main characters are four English ladies: Mrs Lotty Wilkins, Mrs Rose Arbuthnot, Lady Caroline “Scrap” Dester and Mrs Fisher. All four ladies lived a dull life in the “rainy” Hampstead, and they decided to flee from their families and friends for a period. In particular, Lotty and Rose didn’t enjoy their arid, monotone and cold marital relations. Mrs Wilkins had found an advertisement about a holiday in Castello Brown, an Italian 16th-century castle in Liguria. Lotty was fascinated by the advertising with the following captivating description: “to those who appreciate wisteria and sunshine in a small medieval Italian castle on the shores of the Mediterranean”. Shortly, Lotty Wilkins met Rose in the Woman’s Club in London. In the following days, Lotty and Rose arranged their journey. And they involved two other ladies in sharing the expenses because of their precarious financial situation. 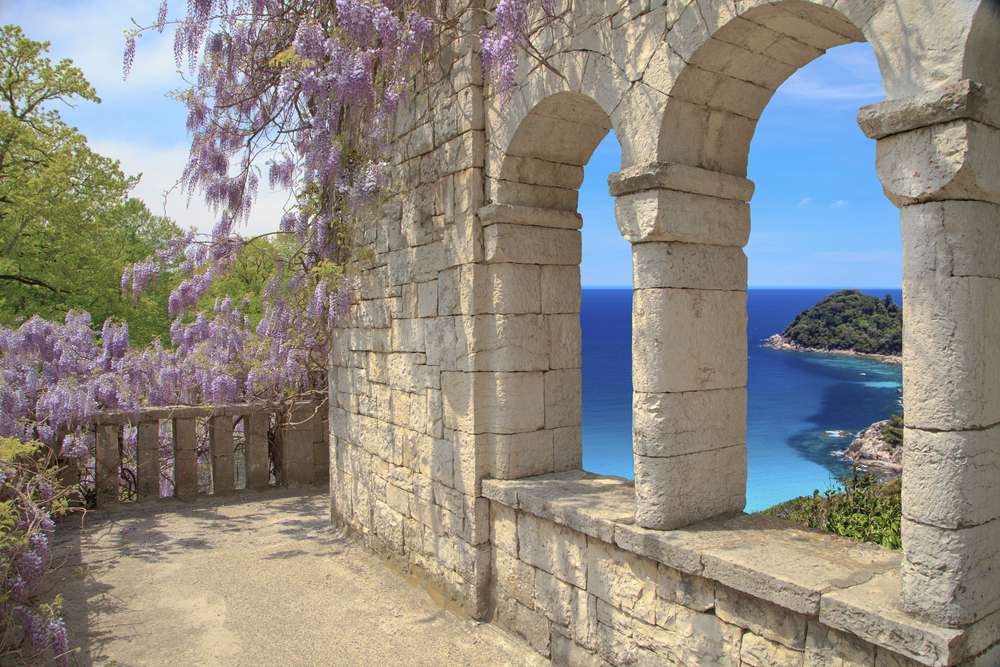 The Beginning Of The Italian Journey

The owner of the mediaeval castle is an Englishman, Mr Briggs, who was living in London. Lady Caroline Dester and Mrs Fisher join the Italian trip. Indeed, both of them are determined in their desire to break for a month away from their families and friends. Caroline is a single beautiful and enchanting socialite, and Mrs Fisher was an elderly widow with memories from the Victorian era. The beginning of this trip to Italy was not as they expected because of the weather. It rained, but the rain was Italian, after all! Indeed the Italian straight rain was far better than the British one! San Salvatore was on the top of a hill. April was the best month to enjoy the Italian weather, and the ladies started their journey among delightful landscapes and nature. Indeed, in the book, there are many descriptions of this beautiful place. 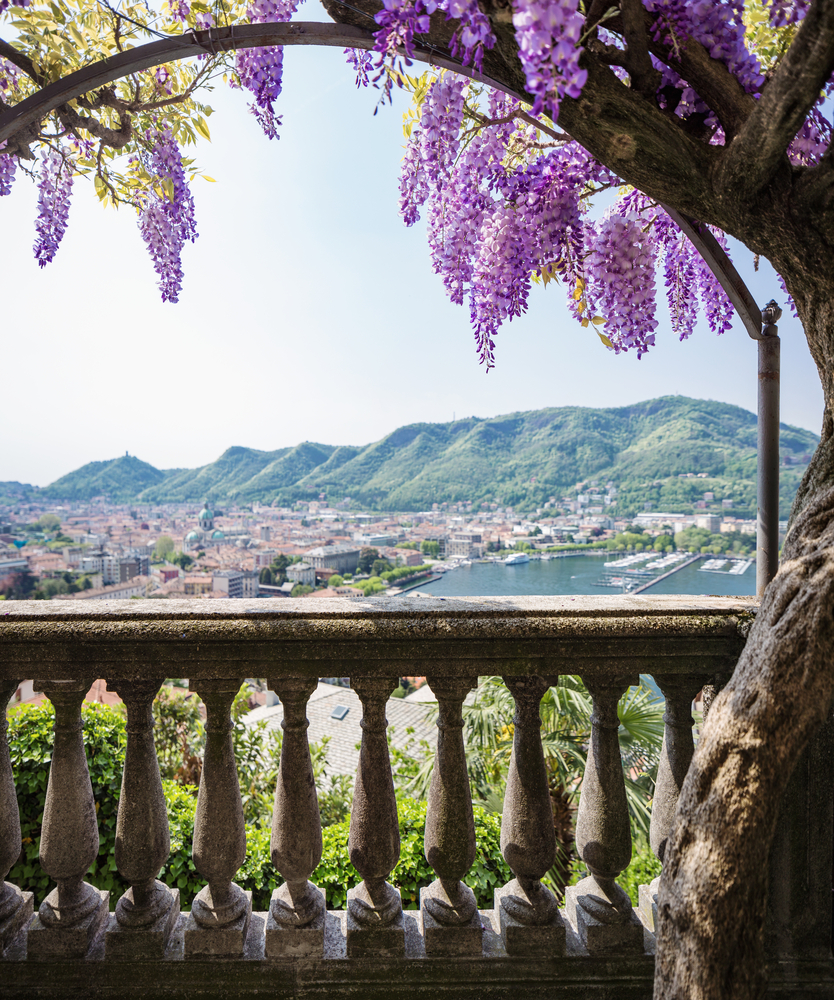 San Salvatore beauty relied even on the small details such as small gardens on different levels. The ladies were attractive and pretty in their bright clothes. Each one of them was pretty different and in particular, Caroline was the most independent one. Scrap spent as much time as she could by herself. She used to seek solitude lying senseless in the sun because she intended to be somewhere away from her family and friends, forgetting everything.  Caroline was committed to meeting the other ladies only on the occasion of the meals. In the beginning, Rose and Lotty enjoy the absence of their husbands. However, with the time they sent invitations to their spouses. Scrap feels the future invasion of those men as a potential danger for her peaceful stay, and she cannot understand the feelings of affection and love. Indeed, during all the journey, she gets more acquainted with Lotty Wilkins whose kindness and goodness is contagious.

The ladies are not indifferent to this magical place’s effect, and since the first day, their temper and disposition change. Lotty misses her husband, and she pushes Rose to invite her husband as well. The two men don’t miss this occasion, and they accept the invitations of their wives. The amiability and harmony permeate the group of visitors. Mrs Fisher changes her temper and inclination becoming amiable and sweet. Caroline is the last person to surrender to love being used to reject every admirer who fell in love with her. Lady Dester learns to open herself to the emotions and lose her fears of loving and being loved. She finally stops “getting rid of things”. The splendour and the exquisiteness of nature overwhelmed the “blank emptiness” of Caroline’s heart. 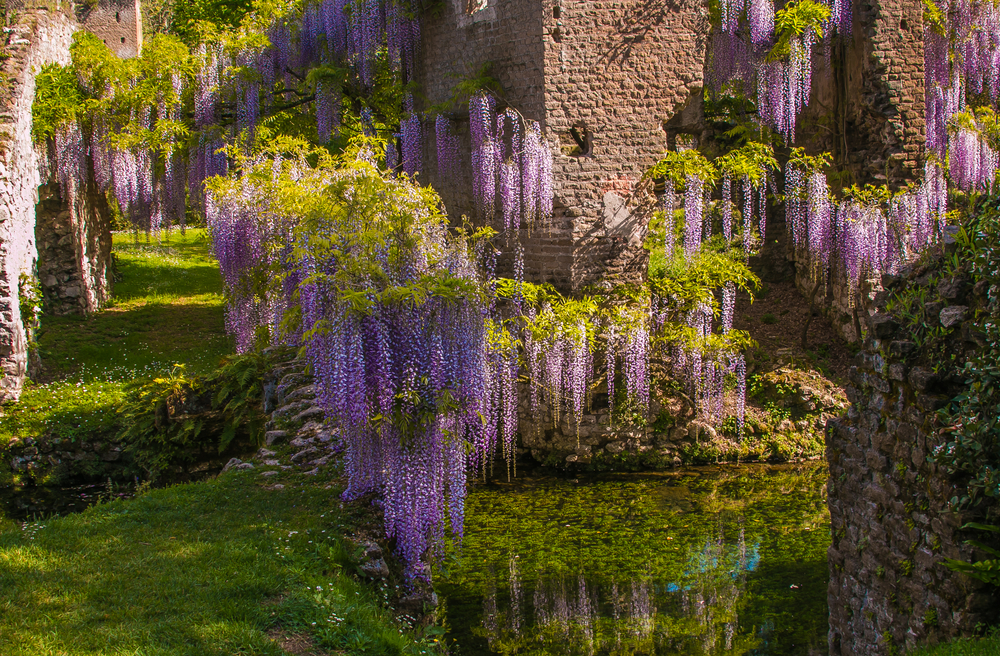 The Scent Of The Acacias

The Enchanted April book has a happy ending with the scent of the acacias. The tones of this novel are sweet as the fragrance of the garden flowers which saturated the castle. It is full of beauty and descriptions of the beauty of nature. Flowers and gardens influence human feelings with their beauty and fragrances. In this novel, nature casts a spell on everybody. And everyone is powerless in front of such enchantment. “Indeed, the whole garden dressed gradually towards the end in white pinks and white banksia roses, and the syringe and the Jessamine, and at last the crowing fragrance of the acacias. When, on the first of May, everybody went away, even after they had got to the bottom of the hill and passed through the iron gates out into the village they still could smell the acacias”. This book is a virtual voyage to an enchanting Italy. I’ve read this digital version of the Enchanted April book. 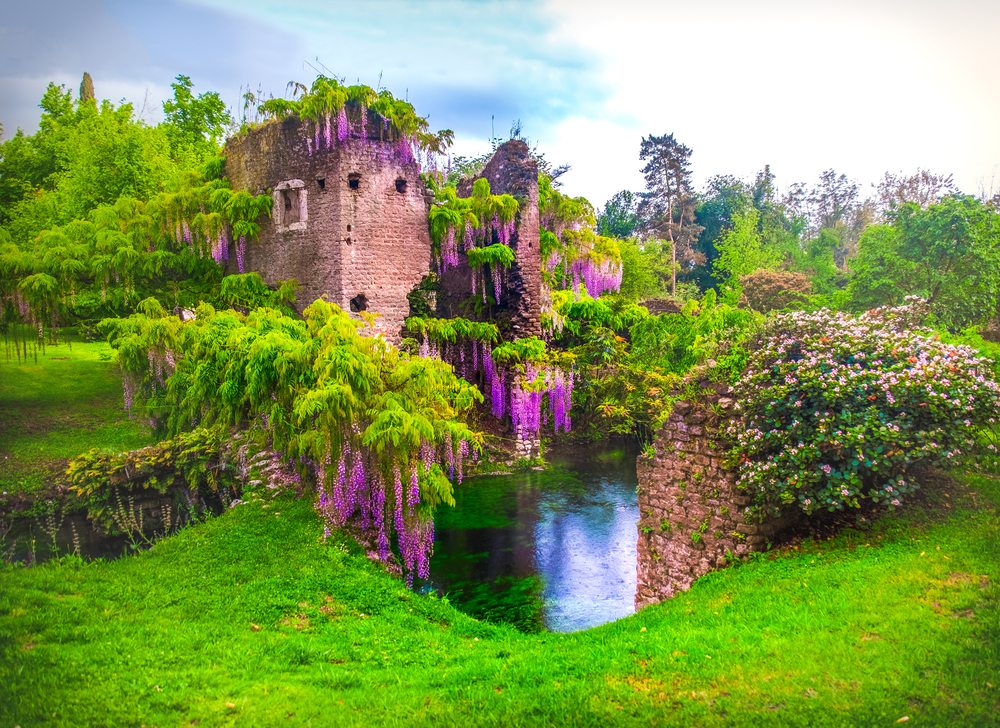 The Life of Effie Gray Millais