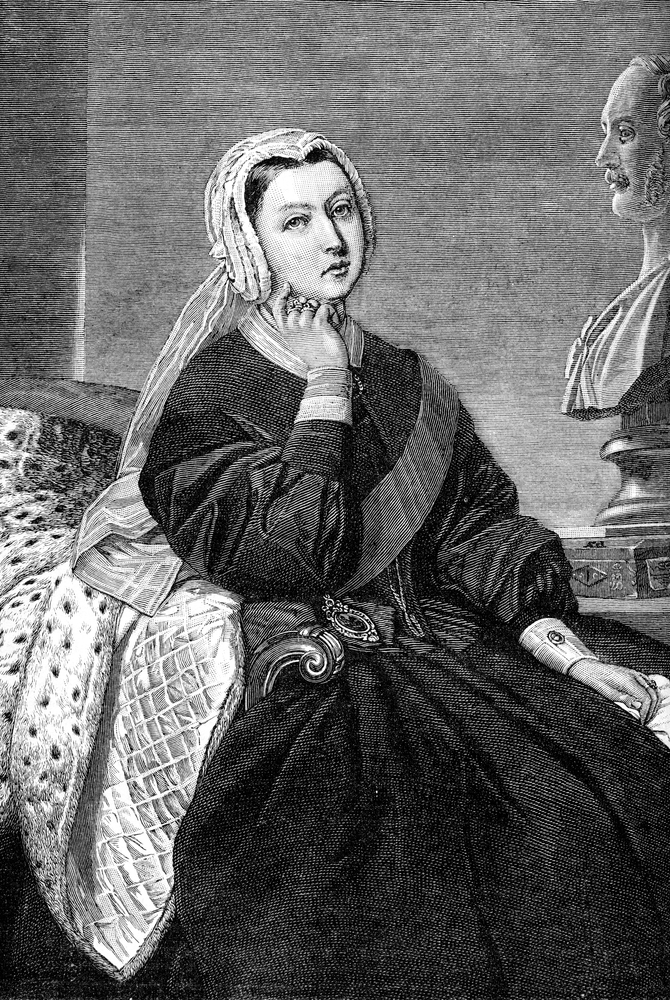 Effie Gray Millais’s life is the main subject of the book “Effie: The Passionate Lives of Effie Gray, John Ruskin and John Everett Millais” by Dr Suzanne Fagence Cooper. And it is the ninth book in my second list of readings.

The Life of Effie Gray and John Ruskin

This book is not a novel but the reconstruction of the life of Euphemia Chalmers Gray. The book starts on the cold morning of Tuesday, 25 April 1854, when Effie escapes her abusive marriage with the art critic John Ruskin. John reserved all his attention on art, not people. He was excessively attached to his parents’ house and his books. Nevertheless, John became a celebrity because of the book Modern Painters. Charlotte Brönte and Elizabeth Barrett Browning were very fond of his book. Effie ran away from an exhausting and unnatural relationship where her husband believed she was inadequate as a future mother. The Ruskin family thought that Effie was a wicked and insane woman. In Victorian England, until 1857 only the Parliament could grant a divorce. Effie, as an ambitious wife, wished to promote her husband’s career. 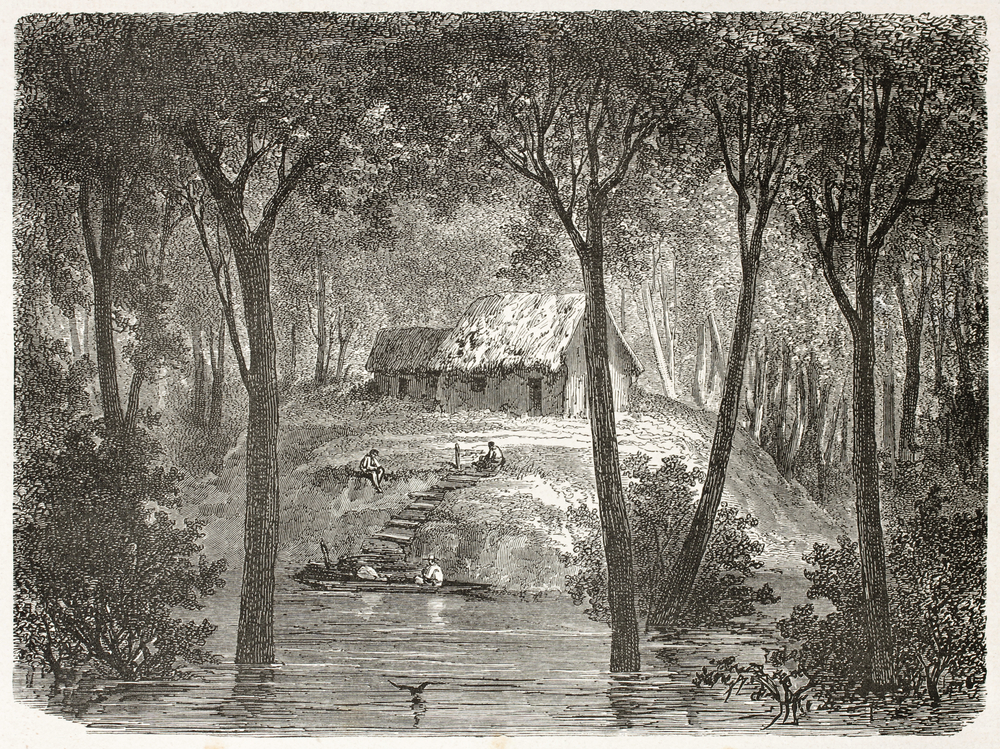 The New Life of Effie

The life of Effie was challenging because of the oppressive social traditions and her loveless marriage with Mr Ruskin. Sadly in the Victorian era, women could not vote, own properties, or sue. And a wife had no ownership of her clothes and jewellery. Most women could not leave their marital house even in mistreatments and abuses, mainly because of the lack of financial support. In case a woman was leaving her husband, he could take her home against her will and might rape her with impunity.  After six years of a distressing relationship, the Ecclesiastical Courts decided to annul the marriage, because Effie and Mr Ruskin never consummate their relationship. After a period of rest in her parent’s house, Effie married the painter John Everett Millais. 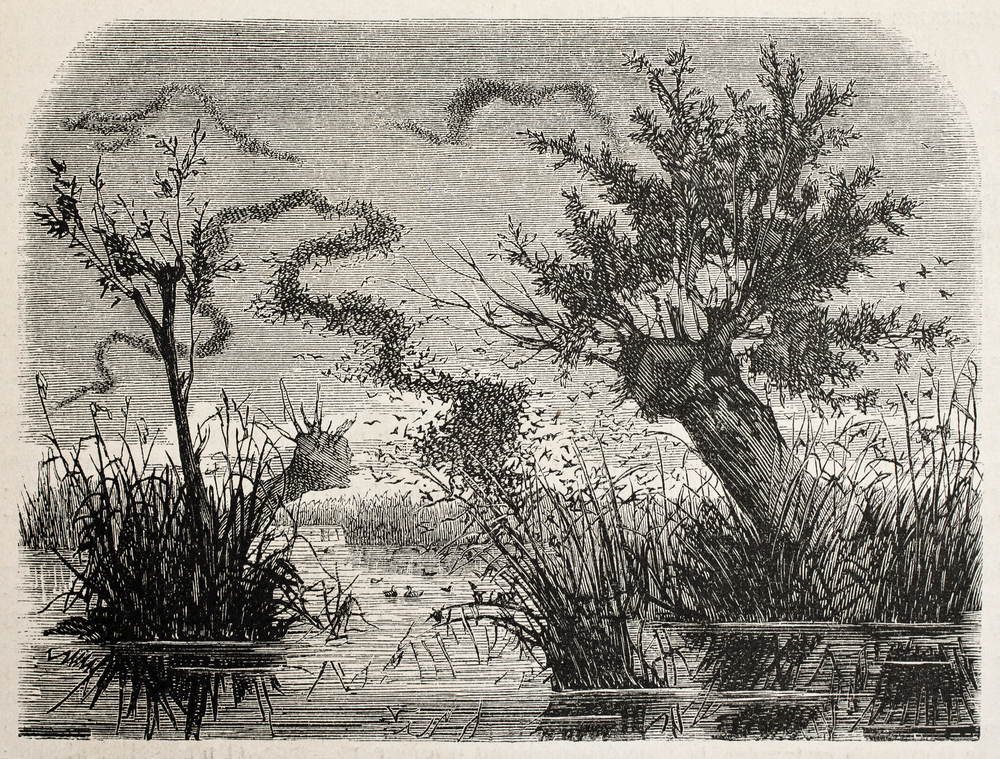 A Portrait of Effie Gray

Effie was a beautiful Scottish girl with auburn hair, entertaining and elegant with many admirers even after her marriage with John Ruskin. Mr Ruskin was not concerned at all, having lost interest in his wife. Since her youth, Euphemia was attentive to her clothes, taking care of every detail. Effie was a determined woman with an independent spirit. She wrote several letters to her parents with rapid handwriting, giving a glimpse of sixteen years of Victorian life. Effie had been not only a witness of events, but this woman gave her contribution to change the idea of Victoria femininity. She regained control of her life, refusing to bear a physically and emotionally abusive relationship. Euphemia didn’t fit in the Victorian standard of a fragile woman. Indeed, as a well-educated girl, she was fluent in French, a quick learner and played the piano. She enjoyed riding and dancing and far from the delicate Victorian femininity. 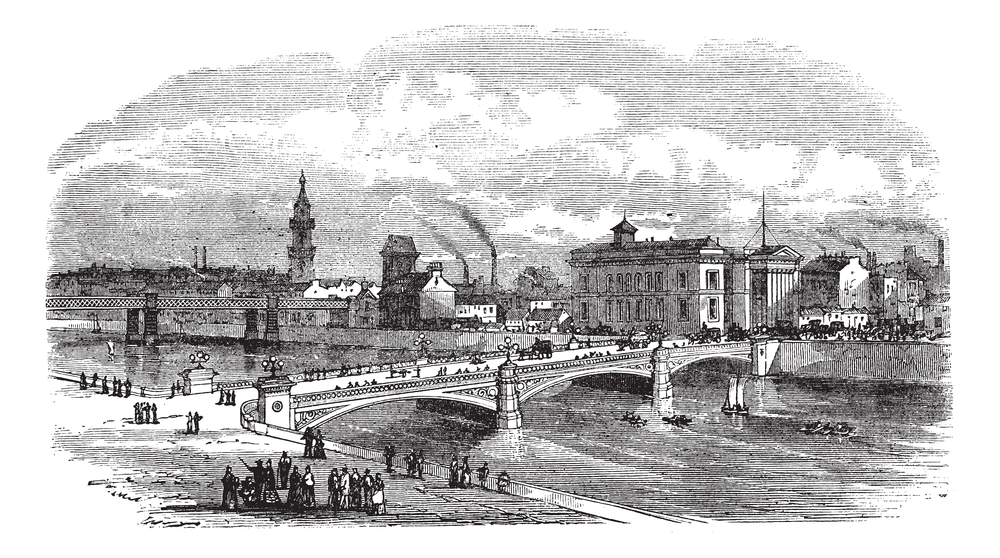 A Portrait Of John Ruskin

When John met Effie for the first time, she was twelve, and he was fond of her. As she grew up, he appreciated her wit and beauty. Before meeting Effie, John had been fascinated with a young girl “fresh from convent school”. In general, Mr Ruskin loved innocent young girls “on the verge of womanhood”. This side of John could be why he could not consummate his marriage with Effie because she was nineteen years old at that time. He found that Effie ageing had lost her original good look, and he considered her too old to be desirable. John Ruskin was a “damaged genius” who elicited admiration from many notorious personages. John captivated the attention of Effie because he was improving her mind with books and pictures. However, during their engagement, John demanded Effie learn how to be disciplined, fulfil all his desires, and please him. He asked her to improve her French and study Italian and botany, to help him with his researches. However, John Ruskin was sensible and passionate of arts, nature and beauty, even though he ignored the needs of Effie. 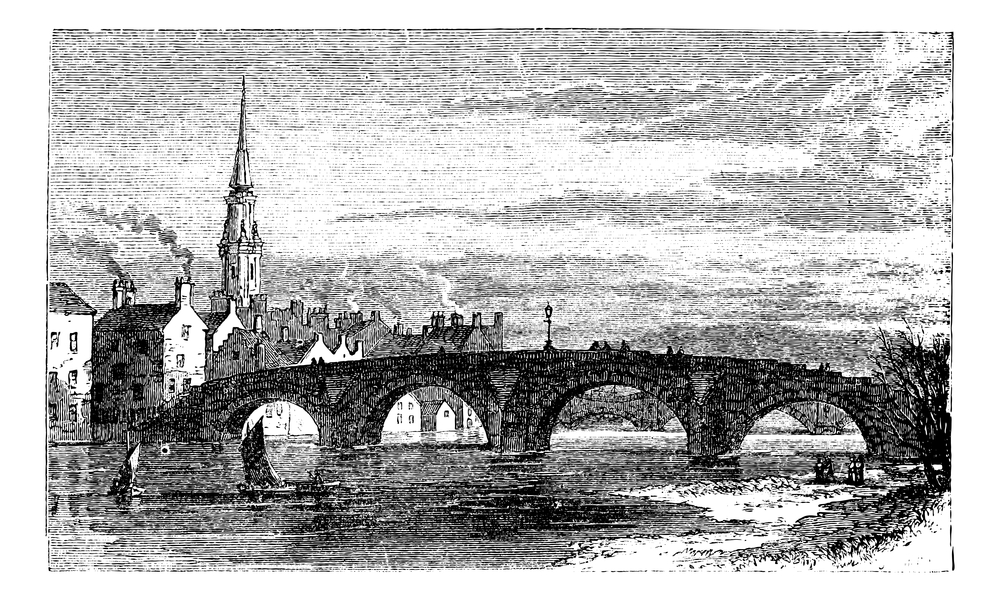 A Portrait Of John Everett Millais

Everett Millais started his studies at the Royal Academy when he was only eleven years old. He became part of the Pre-Raphaelite movement, which aimed to return to the Quattrocento Italian art. They were not interested in the conventional beauty of Renaissance art, such as the one portrayed in Raphael paintings. They wanted to connect to nature, and natural details were not missing in Millais’s paintings. He portrayed Effie focusing on her character strength, determination and emotional struggling rather than on her beauty. In that period, he fell in love with Effie, even though she was still John Ruskin’s wife. Everett knew the secret behind her marriage with Mr Ruskin. 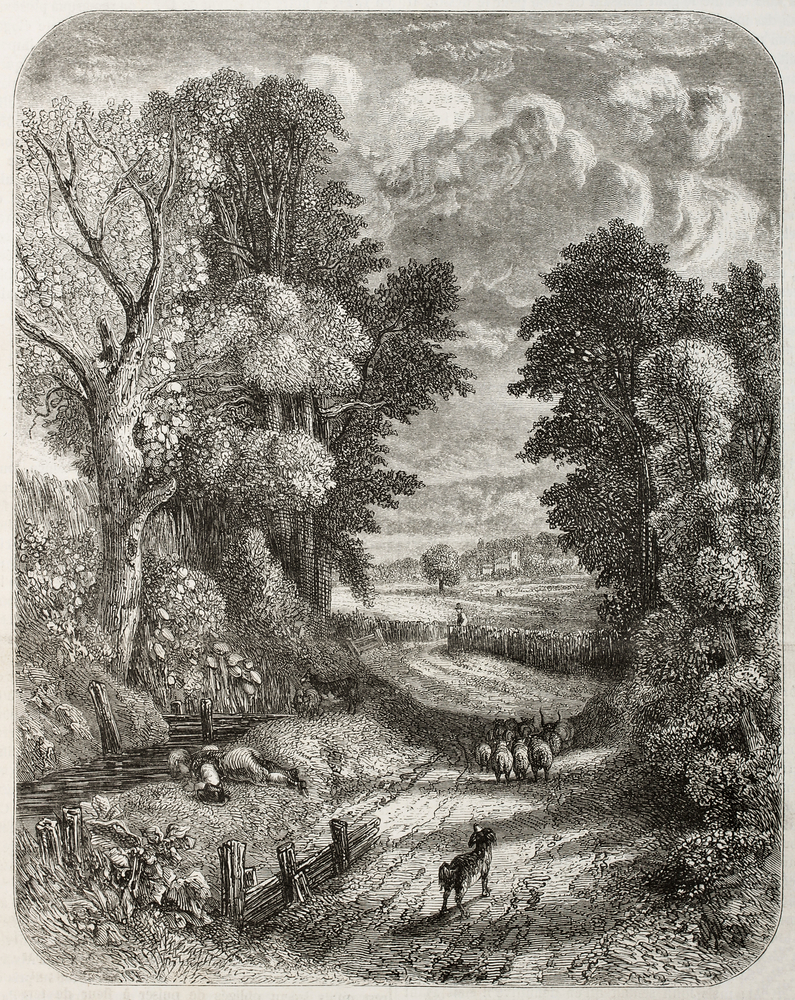 In 1855 Effie and Everett married, and they had several children living a happy marriage. Starting from 1870, Everett became one of the most prominent and wealthy painters of Victorian England and Effie was managing the social relationships. She supported and encouraged his career organising parties where patrons were commissioning portraits. Effie was excellent in social life, meeting a lot of actors, nobility, painters and artists. Nevertheless, her first marriage damaged her reputation. Indeed, even the Queen refused to receive her at Court because most people unfairly considered Effie as the wife of another man still living or a divorced woman. Effie and Everett had eight children. Everett Millais, who belonged to the Pre-Raphaelite artistic group, adopted a looser and hazy brushwork years after marriage. Differently from the other painters, he looked more like a well-dressed and handsome businessman. 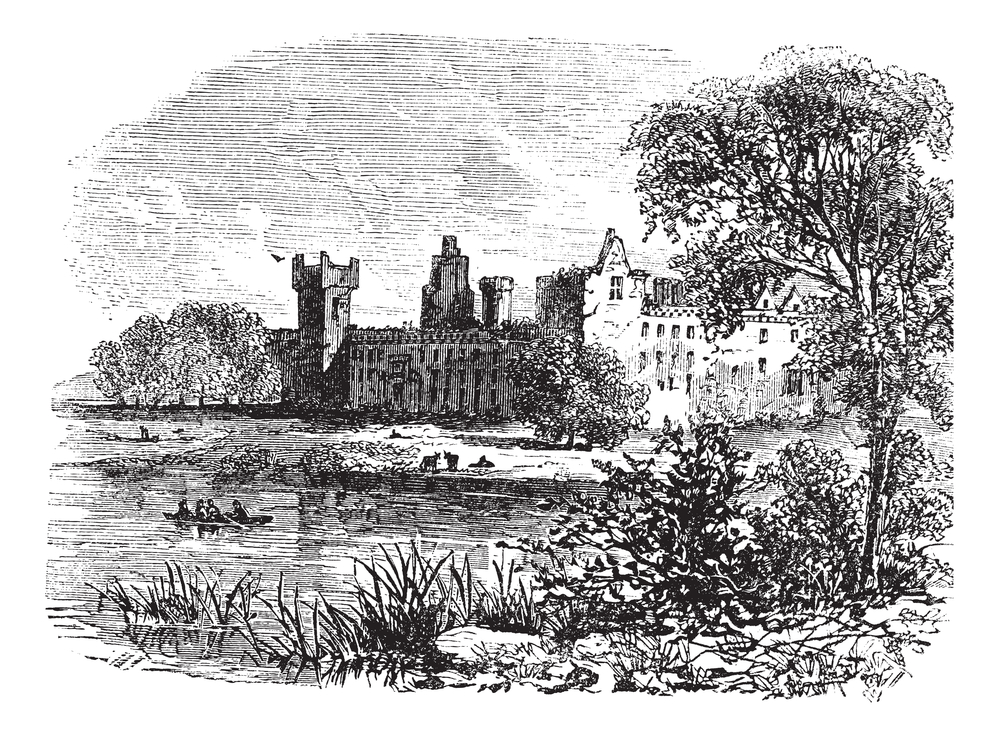 The Busy Life Of Effie And Everett

During her marriage with Mr Ruskin, Effie had to pretend the fiction of a “normal” marriage. While she was arranging teas, she was exhausted. On the contrary, after her marriage with Everett Millais, she could fulfil her dream as a happily married mother. Euphemia was managing the household, being a brilliant hostess of crowded evenings with international celebrities. She gave birth to eight children, who followed different paths. Even if Everett’s works were in great demand, the Pre-Raphaelites distance themselves from his art as soon as he married Effie. He became the wealthiest painter, and his art portrayed moods and characters. Differently from the other artist, “Everett did not conform to the image of artistic rebel”. His acquaintances and friends described him as a “boyish, jolly straightforward and true Anglosaxon”. 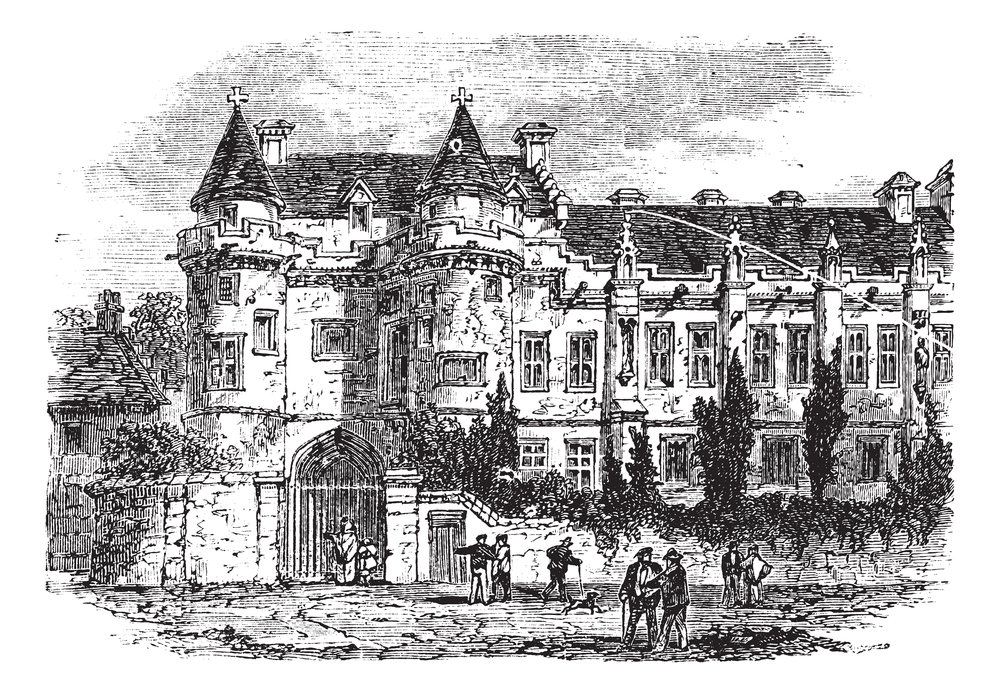 The Social Life Of Effie And Family Travels

Effie had good social communication skills, and she knew how to negotiate with patrons. In 1877, the Millais family moved to a mansion in Palace Gate, where the big studio of Everett was always full of a crowd of patrons, friends, nobility and celebrities. Now the guests could enjoy his paintings cosily. Behind this beautiful facade, Effie suffered because of her past marriage with Mr Ruskin. Indeed, many people called her “the wife of two men” and hence Queen Victoria refused to receive her because of Palace protocols. Since Effie was the wife of John Ruskin, she visited Paris and Venice. And even after her marriage with Everett, she continued to travel with her children in Europe. Since the mid-1860s her brothers George and John emigrated to Australia and, her son Evie went to Australia as well. Later, one of Effie’s daughters, Mary Millais, sailed for Australia and New Zealand. During her visit to Sidney, Mary could admire one of his father’s paintings, The Captive. Mary’s next trip was to Melbourne where part of Everett’s family lived. 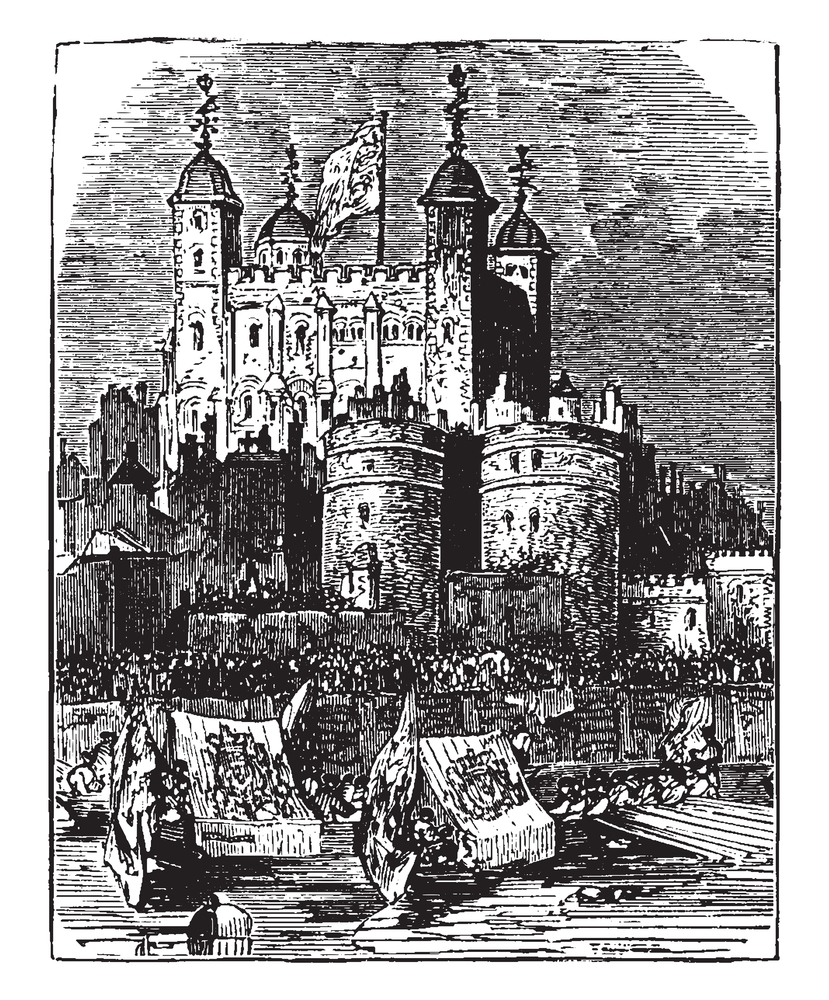 Effie And the Suffragism

While some of Effie’s children were abroad (Mary in Australia, Geoffroy in Wyoming and Evie in Paris), she continued to divide her time between her household and Everett’s studio’s management. Meanwhile, her youngest daughter, Tottie, underwent the influence of Louise Jopling, who was a great advocate for women’s education. In 1887, Louise founded her art school for girls, and she signed a petition to let women vote. Suffragists advocated for equal electoral rights to elect a Member of Parliament who would represent their interests. In 1885, there was the foundation of a ladies’ wing of the Primrose League. And later, after Everett’s baronetcy, Effie became Dame of the League. Tottie Millais followed the New Women’s movement, young women with high education and living an independent life, smoking and wearing masculine clothes. These “Manly Women” with short hair were strolling with their dog and a walking stick. Victorian society was considering this behaviour as transgressive sexuality. However, even after the Matrimonial Causes Act’s approval in 1857, men kept their power in conjugal life. 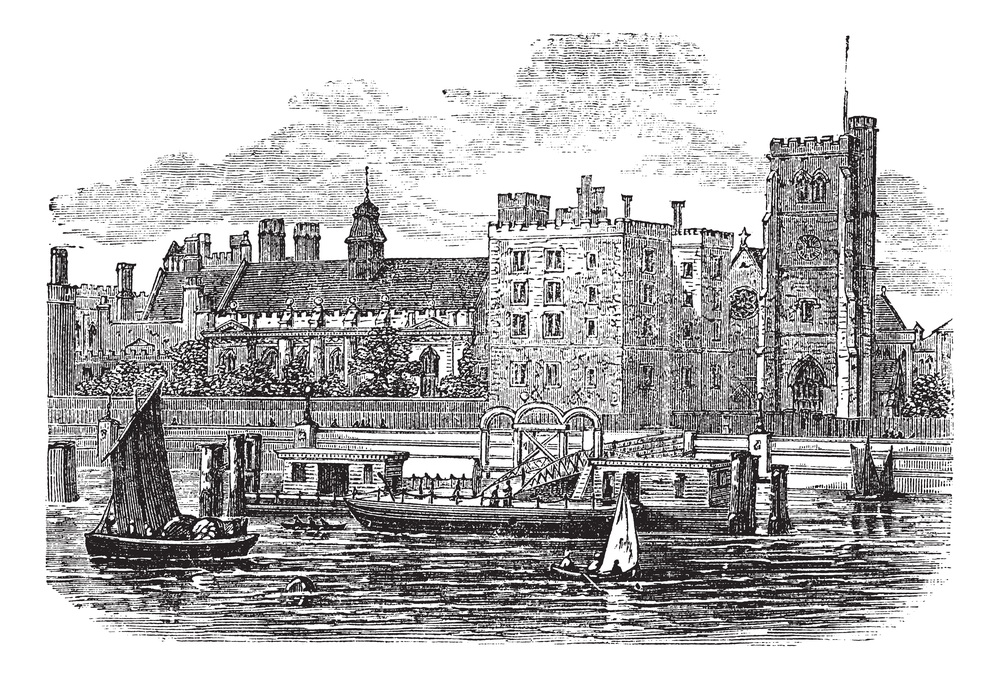 The Last Period Of Everett and Effie’s Lives

Everett used his motto “Ars Longa, Vita Brevis”, mostly after the death of their son George and their granddaughter Phyllis. Effie had the merit to contribute to the transformation of a bigot Victorian society. She stood against the conventions refusing an abusive marriage. She showed how a woman could be in control of her life. Nevertheless, slander and false rumours were against her. Another tragedy happened in the life of Effie, the death of her younger sister Sophie Gray. Several times, Sophie modelled for Everett, because of her extraordinary beauty and her patience while modelling. A controversial painting is her 1857 portrait, where Everett emphasised her sensuality and beauty. She died of anorexia and depression. It is not clear her relationship with Everett Millais; it could be that Sophie was in love with him. At the age of sixty-six, Effie lost her mother Sophia Gray, and with age, she became blind with general soreness. 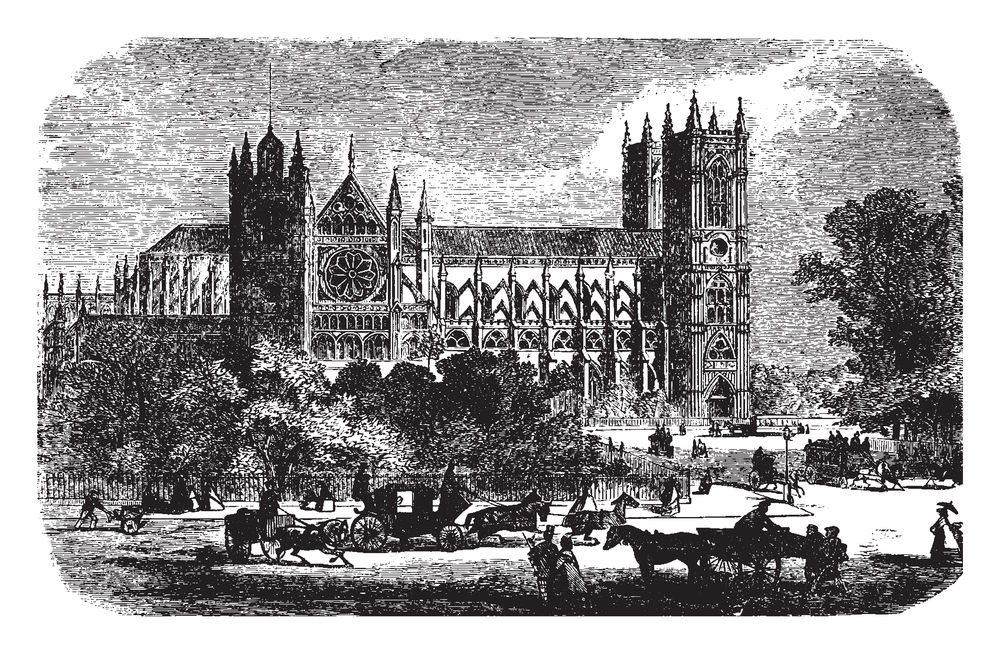 The Deaths Of Everett and Effie Millais

In 1885, Everett became a baronet, and in 1896 he became President of the Royal Academy. Sadly he had throat cancer, and while he was dying, the Queen finally received Effie as Lady Millais. After Everett’s death, Effie retired at Bowerswell, at her late parents’ house, with her brother George. After her eldest son, Evie, died from pneumonia, at the age of sixty-nine, in 1897 Lady Effie Millais died of bowel cancer. “Effie: The Passionate Lives of Effie Gray, John Ruskin and John Everett Millais” is a beautiful book that gives a perspective of the Victorian era from an artistic and social perspective. I’ve read the digital edition of this book, and you can also find the audiobook.

Loved this so much!

Thank you so much!

Esther Racah
I am an Italian-Israeli literary blogger and poet. I have a PhD in Physics, and I am a former researcher in Astroparticle Physics. I am fluent in 4 languages (Italian, English, French, Spanish), and I am learning Hebrew, Dutch and German. I had previously studied Ancient Greek and Latin. I am very passionate about books, literature, poetry, and arts.

Any cookies that may not be particularly necessary for the website to function and is used specifically to collect user personal data via analytics, ads, other embedded contents are termed as non-necessary cookies. It is mandatory to procure user consent prior to running these cookies on your website.