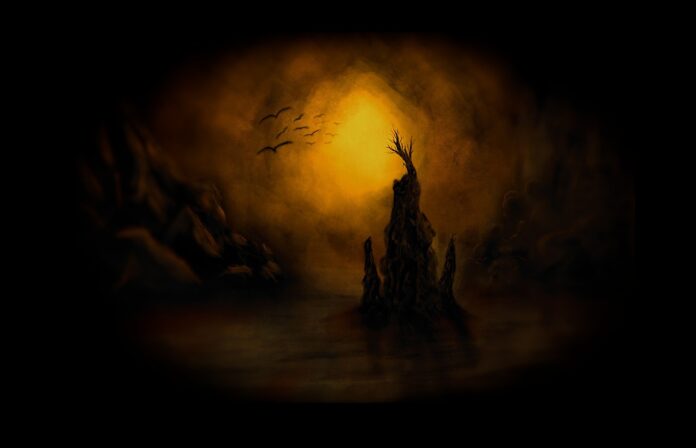 The Screech Of Indifference

The screech of indifference
The invisible shape of disillusions
When the caducity of time and entities
Fall into a throb of hope
Whilst incorporeal feelings
Are bent by gusts of distress.

A deprivation of emotions alters
Transforming into a blaze of greed and obsession
The death of illusions breaks the artifice of existence
Similar to a dream melting into a vortex of torments.

Decay and ineptitude overcome
Once the tremor of mediocrity
Obliterate every sparkle of sublimity
And silent wretchedness tarnishes every edge
In the infinite ocean of longings.

The screech of indifference
In a state of desertion of the souls
Longings of burning deceptions
A surreal and imaginary mystery
Surrounded by hideous monstrosities.

Limping shards of a lost whisper
Disguise in the shadow of an instant
A gathering of wonders and desires seizes endless anguishes
When reminiscences dissolve in the ethereal.

The intangible world of the ideas
Collapses in the dreary chasm of the metaphysical
The hesitation of a glimpse of a dream
Disappears in a hidden spoil of eternal emptiness.
Esther Elizabeth Racah

The Oscillations Of The Soul

Esther Racah
I am a literary blogger, a writer, a poet and a physicist. I have a PhD in Physics and am a former researcher in Astroparticle Physics. I am fluent in 5 languages: Italian, English, French, Spanish and Hebrew. Previously, I had studied Ancient Greek and Latin. Books, literature, poetry, and art are some of my passions.

The Turn of the Screw by Henry James