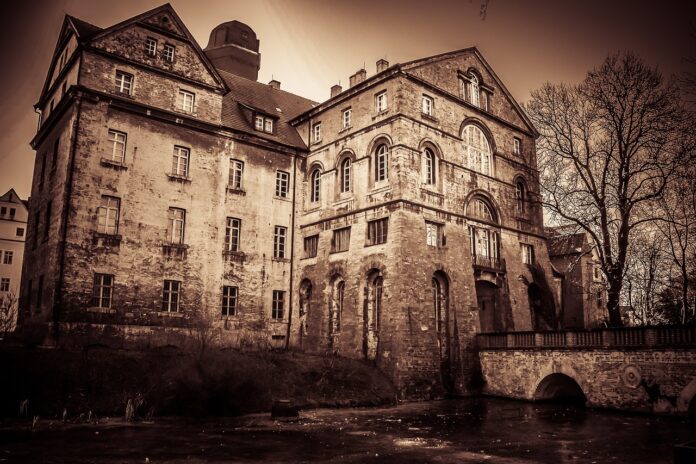 The Turn of the Screw by Henry James is one of the author’s most famous novels and belongs to the gothic genre. The book was published for the first time in 1898 in serial format in Collier’s Weekly. It is a short ghost story where the main characters are also supernatural entities. The story develops as the narration of a young woman who becomes the governess of two children in a mysterious and secluded old house. The novel relies on the ambiguity of the truthfulness of the supernatural visions that the woman experiences. The tale takes place in a country house in Bly, Essex.

The multiple aspects of The Turn of the Screw

One of the main themes of In The Turn of the Screw by Henry James is the obsession with truth and knowledge, which becomes a substitute for human relationships. The governess, a young woman twenty years old, suffers from internal struggles whilst battling against invisible enemies that represent her phobias and insecurities, and most of all, her fear of the unknown. She questions her mental health, doubting that the visions are hallucinations. The real struggle of the woman is with herself when she has to face the challenge of self-knowledge.

The governess and the reader feel frustration and emotional exhaustion in a labyrinth of promised revelations and secrets. Silence is dominant in the narration, and those moments of speechlessness correspond to nothingness and emptiness. Henry James likes to play with the reader’s mind and emotionality, and he defined his novel as a pot-boiler with a delight to manipulate the reader’s sensibility.

Moreover, among the multiple aspects of the novel, there is the veridicality of the ghost’s presence, the trustfulness of the governess’s testimony, and the innocence and corruption of the children. It might be that the governess’s visions were, in reality, mere hallucinations due to her psychotic disorders and sexual repression. She is a nameless young woman and the novel’s main character, who is also the story’s narrator. Through her first-person description, she reveals every thought and her reaction to the absurd and ambiguous reality. She is an element of the events she unveils.

The young and ingenuous governess is described as “nervous” and “untried”. Indeed, it is her first experience in an unknown world. Every unfamiliar feeling and discovery represented a threat to her safety and integrity. In the beginning, the two children’s beauty and physical perfection impress her. Nevertheless, their extensive knowledge and awareness of the paranormal events occurring in Bly become a menace to the inadequate and narrow-minded governess. The woman feels the moral responsibility to become the “screen” to protect the children from the ghosts: “I was a screen – I was to stand before them. The more I saw the less they would.”

The supernatural in The Turn of the Screw by Henry James

Henry James was interested in the supernatural because his family had always been obsessed and involved with spiritualism and occultism. In particular, William James, the author’s brother, was a well-known psychologist, a psychical researcher and a member of the Society for Psychical Research. Alice, Henry’s sister, might have inspired the character of the unnamed governess. Alice was afflicted with depression and neurosis that could be similar to the one of the governess.

James describes the ghost as “Recorded and attested “ghosts” are, in other words, a little expressive, as little dramatic, above all as little continuous and conscious and responsive, as is consistent with their taking the trouble…to appear at all…I had to decide…between having my apparitions correct and having my story “good” – that is, producing the impression of the dreadful, my designed horror…They would be agents in fact; there would be laid on them the dire duty of causing the situation to reek with the air of evil. The essence of the matter was the villainy of motive in the evoked predatory creatures…“.

The ghosts in The Turn of the Screw by Henry James originate from a source that is not identifiable. Sometimes, they are apparitions visible only to the governess, who terrifies the children from time to time. One of the two ghosts represents the governess’s predecessor, Miss Jessel, who was similar to her as young and pretty. Both the governess and the ghosts start a “battle” to become surrogate parents of the children. Hence these paranormal entities aim to possess Flora and Miles, the two children. The governess is obsessively overprotective to the point that her actions become destructive for both children, especially Miles.

Intellection in The Turn of the Screw by Henry James

In The Turn of the Screw, knowledge and freedom are central themes. The governess and Quint, one of the two ghosts, try to control the children’s learning process. Indeed, Quint pushes Miles to scorn ignorance, access superior knowledge, and follow his instincts with a spirit of adventure. Meanwhile, the governess assumes that the only permitted knowledge is the one that she teaches them. She believes that the other kind of knowledge is deceptive and harmful.

Moreover, in her opinion, also schools are tainted and dreadful places that could hurt both children. Quint encourages cultural and creative freedom as a vital force for Miles. On the contrary, the governess limits the children’s freedom because she is confident that ignorance and self-abnegation are the only way to salvation. Nevertheless, she is blinded by her presumption that she has a destructive power and harms others’ life.

The governess keeps “crystalline” her record of many “anomalies and obscurities” in the house. These “obscurities” are a reflection of her relationship with her nature. The ghosts are dramatic and expressive. These paranormal entities are inconceivable figures in action. Peter Quint and Miss Jessel are not typical ghosts, and they have the function of creating an atmosphere of evil every time they appear. The house in Bly is described as “a big, ugly, antique but convenient house, embodying a few features of a building still older, half-displaced and half-utilised.” Furthermore, she depicts the whole place as filled with a great emptiness “The terrace and the whole place, the lawn and the garden behind it, all I could see of the park, were empty with a great emptiness”.

James described the role of the two ghosts in the preface: “The essence of the matter was the villainy of motive in the evoked predatory creatures; so that the result would be ignoble – by which I mean would be trivial – were this element of evil but feebly or inanely suggested. Thus arose on behalf of my idea the lively interest of a possible suggestion and process of adumbration; the question of how best to convey that sense of the depths of the sinister without which my fable would so woefully limp. Portentous evil – how was I to save that, as an intention on the part of my demon-spirits, from the drop, the comparative vulgarity, inevitably attending, throughout the whole range of possible brief illustration, the offered example, the imputed vice, the cited act, the limited deplorable presentable instance?”.

The meaning of Henry James’s The Turn of the Screw

The turn of the screw is a symbolic depiction of the novel. It is a metaphorical comparison between the story and a screw boring into a hole, and the tale becomes tenser at every turn of the screw. The reader is exposed to challenging mental stress, and the mental health of the governess is challenged. Moreover, the turn of the screw is amplified by the presence of two children in the tale. The children become victims of supernatural entities. The novel’s ambiguity becomes twisted, and it is unclear if the governess is the story’s real villain after becoming crazy or a victim of a ghostly presence.

Henry James wrote The Turn of the Screw in 1897 in Lamb House, a rambling mansion in Sussex. Moreover, the location inspired the author to write about rambling houses. The real inspiration for the story came from a tale recounted by the archbishop of Canterbury. It was a story about children tormented by the ghosts of a pair of housekeepers who intended to harm them, wishing them evil.

The Turn of the Screw is full of symbolism, and it is recurrent to find references to boats, ships and nautical symbols. At the beginning of the narration, the governess makes allusions to marine vessels, and she compares the management of the house to one of a “great drifting ship” hosting several people. One of the ghosts’ appearances occurs at a lake with a floating boat, which might represent the misconceptions of the governess when she accuses Flora of dishonesty.

Unearthly silence is always present when paranormal apparitions occur from an unknown source. The deep silence in the house is more “severe”, and there is no dialogue between the governess and the ghosts during the ghostly meetings. The only connection happens when they glance at each other.

Knowledge and the unknown

In the Turn of the Screw by Henry James, knowledge has a negative connotation when it is too deep. The governess, the teacher, is frightened by the deep knowledge of the children. Moreover, she tries to have the function of a screen to protect their innocence from the ghosts’ influence which induces the children to deepen their knowledge. In the novel, deep knowledge conducts only to corruption, insanity and death.

Thoughts about Henry James’s The Turn of the Screw

The Turn of the Screw by Henry James is a spooky gothic story that blends suspense and curiosity. It is a well-crafted horror story based on dichotomies such as innocence and corruption, knowledge and ignorance, good and evil, freedom and repression, and light and darkness. The story misses dreadful descriptions and is a journey in human psychology. It is difficult to discern between reality and the paranormal when it comes to visions which affect only the governess. It might be the metaphor for the human mind striving in self-doubt, and fear of self-consciousness. The dread in the odyssey of self-knowledge is an endless struggle, and sometimes unawareness is a protection against distressing knowledge.

Esther Racah
I am a literary blogger, a writer, a poet and a physicist. I have a PhD in Physics and am a former researcher in Astroparticle Physics. I am fluent in 5 languages: Italian, English, French, Spanish and Hebrew. Previously, I had studied Ancient Greek and Latin. Books, literature, poetry, and art are some of my passions.

The Screech Of Indifference