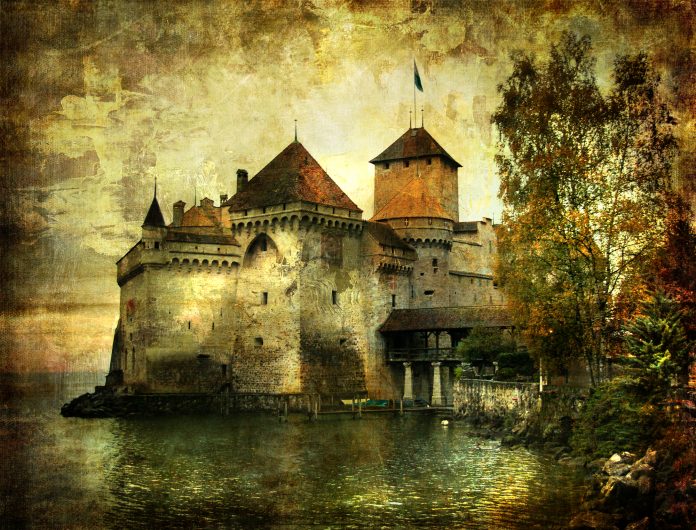 The Blue Castle is a 1926 novel by the Canadian author Lucy Maud Montgomery. It is a fictional story, which takes place in the Muskoka region of Ontario in Canada. This novel is the fifth book in my second list of books.

The Dreadful Life Of Valancy

The first part of this fantasy is pretty sad and dull. Valancy Stirling, who is the main character of this story, lives a segregated and lifeless life. A life, which is full of anguishes, abuses and repression. She lives in an ugly red brick house on Elm Street, with her dreadful and abusive family, which control her assiduously. Indeed, Valancy is not free to take a walk whenever she wishes. She has to keep the many rules of her family, such as attending the three meals regularly at the same hours and not sneezing at all. She has to be a submissive and docile girl. Valancy is twenty-nine and, her family and acquaintances consider her a hopeless and insignificant spinster. They love to humiliate her and abuse her unassertive nature. Hence Miss Stirling flees to her imaginary blue castle by night. 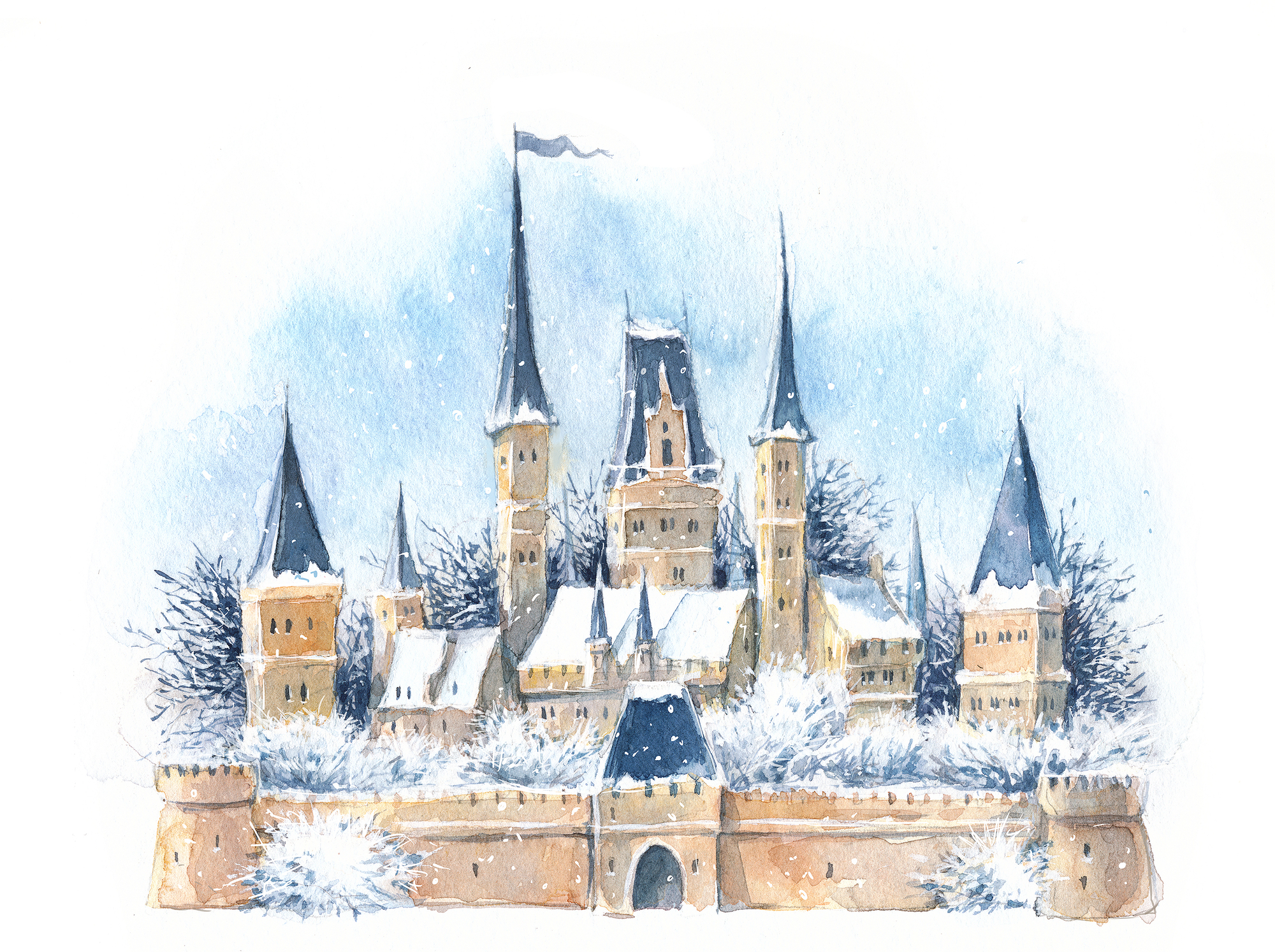 The Fairy Tale of The Blue Castle

Valancy tries to preserve her sanity, pretending to live a virtual life in her beautiful blue castle. A castle with its turrets and banners on a pine-clad mountain in an unknown land. Everything is gorgeous and exquisite in her blue castle. Handsome knights court her because she is the most beautiful and lovely dame of the castle. No man pays attention to her in her real-life, and everyone mocks her for being an old, lonely and undesired maid. Valancy is “insignificant-looking” with her always short and thin black hair. In the book, Miss Stirling appears as small and slender with a pale complexion. She found refuge in her lovely and exquisite hideout during her colourless life, where she identified herself as a twenty-five-year-old girl. Valancy Stirling closed herself in her small hideous room during the nights and fled to her dreamy castle. Since her family never allowed Valancy to read novels, she found comfort in the nature books by John Foster, which were all about woods, birds and bugs. 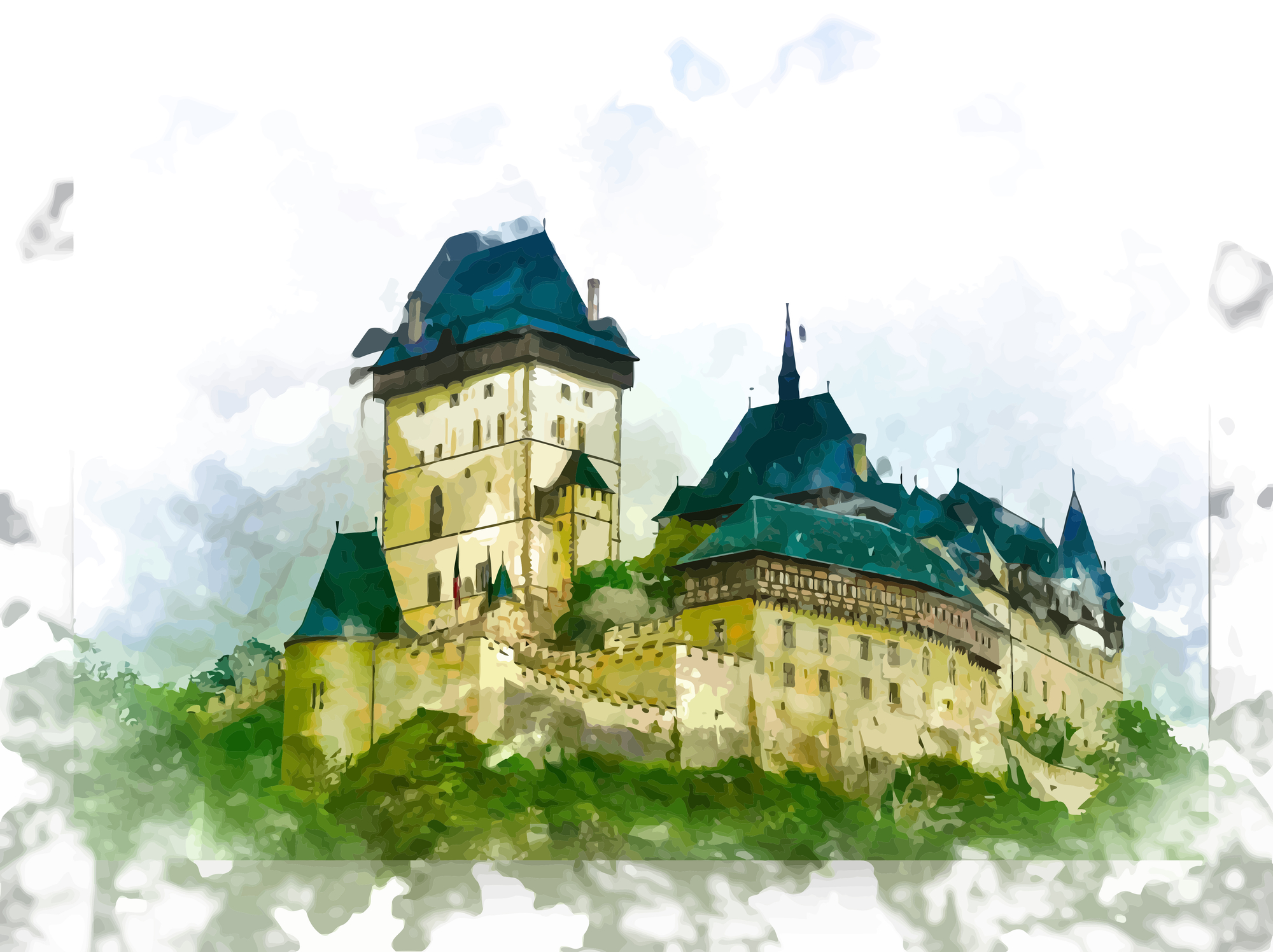 The End Of The Anguishes

Valancy’s life’s anguishes endure up to the day she finds out that she will die because of angina pectoris. At this very moment, she realises that “Fear is the original sin. Almost all the evil in the world has its origin because someone is afraid of something. It is a cold, slimy serpent coiling about you. It is horrible to live with fear, and it is of all things degrading”, as John Foster wrote in one of his books. She understands that her submissive “well-behaviour” is due to her fears. All her life, she has been trapped inside her fears to disappoint her family. She allowed her old dismays to overwhelm her, leading an unhappy and miserable life. So Valancy decides to start a new life with unapologetic behaviour, not anymore afraid to disappoint her family. She begins to behave as she wishes, and she expresses her real and unfiltered thoughts as they are in her mind. 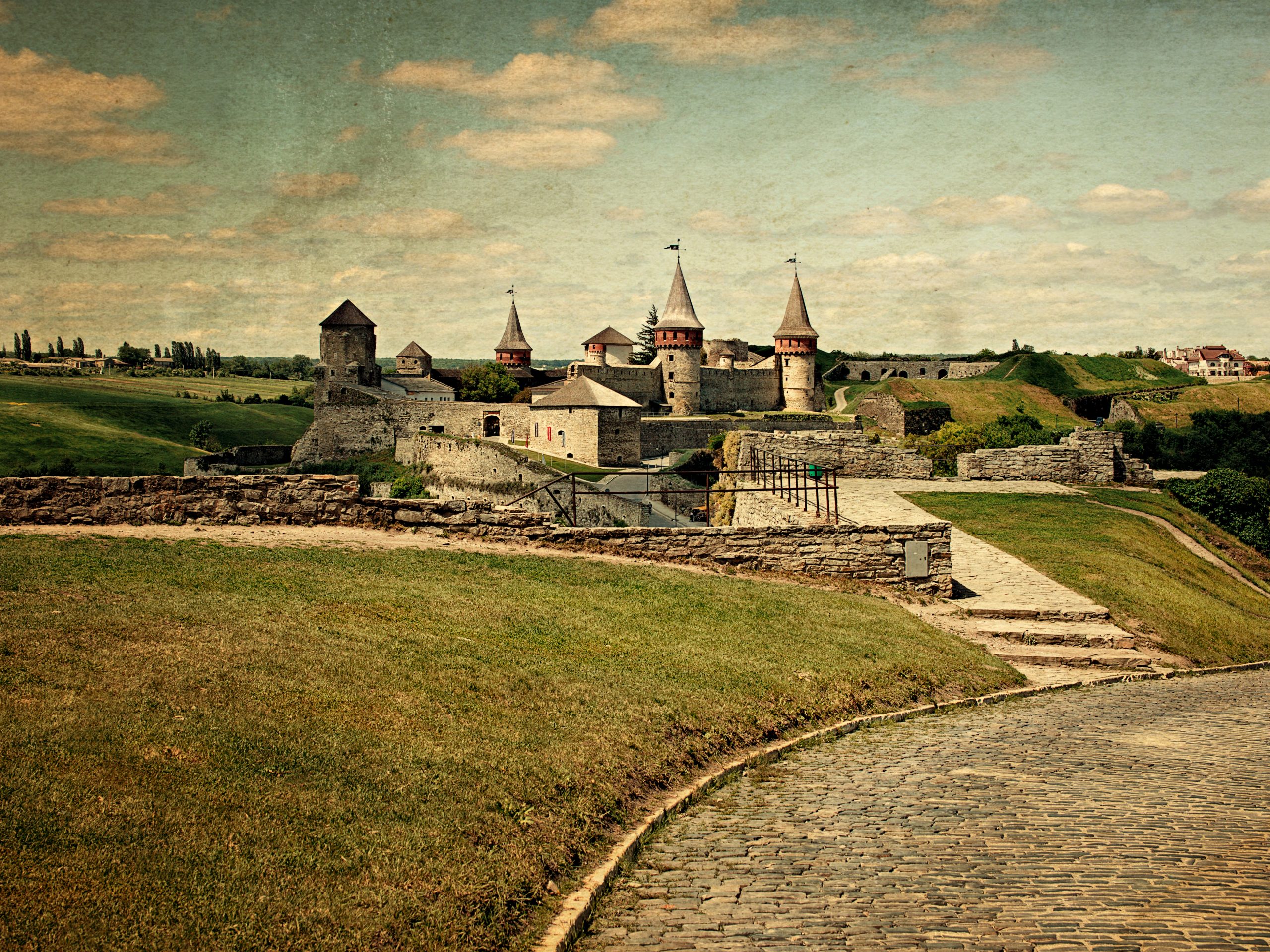 Valancy And Her Real Blue Castle

Valancy decides to look for her blue castle. In reality, she goes to keep house for Roaring Abel Gay because of his dying daughter. Mr Gay has a bad reputation for being an alcoholic, and Valancy’s decision is a disgrace for the Stirlings. Even though Valancy works hard and takes care of the moribund Cecily “Cissy” Gay, she finds happiness and freedom, far away from her dreadful Stirling clan. Valancy is acquainted with Barney Snaith, who is well-known as a criminal living as a hermit on his island. She discovers that Barney is a gentleman, a very kind person, and falls in love with him. Therefore, Valancy askes Barney to be her husband because she is going to die soon. After they get married, Valancy lives with Barney on his island, where his house is amazingly similar to her blue castle. Barney hides his identity because, in reality, he is a millionaire and the famous writer John Foster. They love each other candidly, and they enjoy spending time together and travelling. It is a romantic and happy ending story where you will find the Muskoka region’s exquisite nature description. 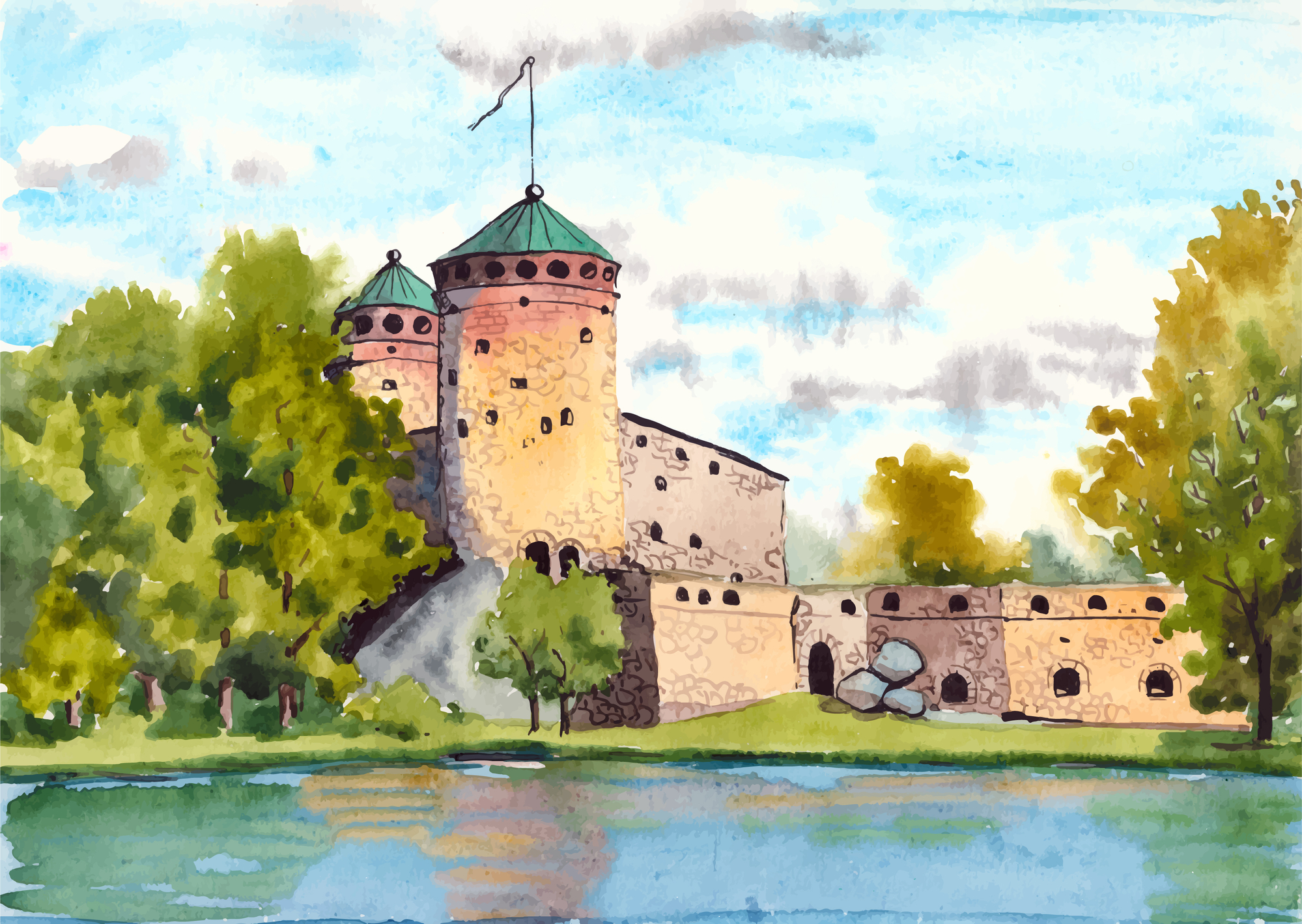 I enjoyed reading this book. It kept me distracted and engaged. I have to confess that in the beginning, I found it an unfortunate and depressing book. Nevertheless, after some chapter, I changed my mind, and I loved it. It indeed is a classic love story, which sometimes can help cheer yourself up, even though the patriarchal beliefs are present in this book. The heroine Valancy, has to be rescued by her charming prince Barney to improve her life. And also in this novel, every woman’s success is to marry a rich gentleman; indeed, without marriage, Valancy was continuing leading her sorrowful life with her dreadful family. Valancy prefers to have a short happy life rather than a long-lifeless existence, which is overflowing with enslavement and fear. She is delighted with her husband, having found the happiness she was seeking. Like a real princess of a fairy tale, Valancy preserves her integrity and pureness. She remains pure, honest and virtuous inside herself. I had read this digital edition in the Apple Book Store.